Simon Cowell, the 54-year-old, high school drop-out who has earned a living on being considered, “Mr. Nasty” for his blunt and oftentimes, hurtful criticisms, is expecting a baby with girlfriend, 36-year-old Lauren Silverman.

Cowell and Silverman are expecting their first child, rumored to be a boy whom Cowell has nicknamed “Tad”, because the ultrasound images remind him of a tadpole.  Allegedly, 10 weeks along as of the beginning of August 2013, that puts an estimated due date of sometime in February/March 2014.

This news came as a shock to a lot of insiders who have heard Cowell formerly say that he didn’t want any children at this age.  He somewhat retracted that statement in April of this year in this statement.

“If I knew I could be – how do I put this delicately – faithful, I would. I do like kids, I’m just not sure I’d be any good for the first six months. I don’t think I’d adopt because I’d rather have my own. I’d have to say I’d like a little girl,” Cowell said.

During a 2009 interview, Cowell had firmly stated that children were not on the horizon for him.

“God, no. I couldn’t have children. If I had them here drawing on the walls, I’d go nuts,” he said. “With kids, you’ve got a routine you can’t escape from. You’ve got to be up at a certain time. Got to listen. When all you want to do is sit in a corner thinking.”

Don’t look now, Simon but, you’re allegedly not only going to have crayon drawings on walls at some point and not be able to sit and just think but, you’re also having a boy.  Many will wonder the only other question… can you be faithful with your track record?

Cowell’s girlfriend, Lauren Silverman is the ex-wife of a close friend of his, 53-year-old, real estate mogul, Andrew Silverman.

Reportedly, having had a lot of difficulties for a long period of time, Lauren Silverman is reported to leave Silverman to be with Cowell.  Is that a done deal?  One multi-millionaire for another?

Cowell had split with his former then, 36-year-old fiancée Mezhgan Hussainy, sometime in 2012 after Hussainy had appeared at the X Factor USA launch in 2011 without her engagement ring.  Cowell stated that he wondered if she was still his fiancée.  Hmmm…makes one wonder if the man had his head on, doesn’t it?  He was also reported to have said that it would be 20 years before he’d get married while engaged to Hussainy.  Hard for a then, 36-year-old woman to swallow and hear.  Is it any wonder that relationship broke up? 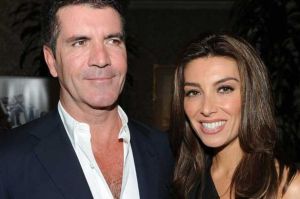 Anyone getting the feeling that Cowell’s taste in these two women have some sort of similarity?

Hussainy is now reportedly “devastated” by the news that Cowell is Silverman’s baby daddy because she has put two and two together to wonder if he’d cheated on her while engaged, with Silverman.  (A likely scenario but, who can say for sure?)

Hussainy, allegedly drove over to Cowell’s home to confront him after hearing the news and, Cowell’s refusal to answer her phone calls.  And, she wasn’t the only one.  Allegedly, Cowell has been put in the middle of the Silverman’s impending divorce proceedings with Andrew Silverman having suspicions that it was Cowell who had been the source of the marital problems.

A source close to Cowell, told reporters that Andrew Silverman knew what Cowell was all about.

“Andrew knows exactly what goes on when Simon holidays on his boat with a harem  of women and the prospect of his private affairs coming out in court will  terrify Simon.”

Looks like Silverman may be out for his buddy’s blood in court and who could blame him?

Meanwhile, in Cowell’s lady-lust dust’s wake, Hussainy said that she truly believed that Cowell was serious and “the one” after giving her a huge diamond engagement ring in 2010 then, a mansion in Beverly Hills worth an estimated 5 million Lira as “compensation for the split up”.

Lauren Silverman has a 7-year-old son who is being taken care of by Andrew Silverman with sole custody of the child.

A source has said that Lauren has been bragging about the idea that she and Cowell will marry.  Uhmmm….anyone want to take wagers?  It’s not unlike Cowell to produce a large sum of money to pay of ex-girlfriends and fiancée by buying them expensive homes or giving them huge cash pay-outs.  Seems that Cowell has a green ring finger and keeps buying himself out of relationships.

Lauren has been no stranger to Cowell’s harems on his boat as she and hubby, Andrew used to be onboard with a plethora of Cowell’s girlfriends.  Wonder what makes her think she will be any different from any of the others left behind in Cowell’s wake of broken and cheated on women?  After all, Hussainy was engaged to Cowell and look at where that got her…not to mention several others who all learned that Cowell was not the marrying kind.

Somehow, this is reminiscent of The Titanic.  There’s likely an iceberg named Cowell off in the distance, waiting to tear out yet another bottom in another woman’s heart.  Do we feel empathetic or can we put it down to another woman’s stupidity in not reading the signs along the road and being blind to Cowell’s self-love?

For anyone wondering where Cowell got his nasty comment attitude habit, it started when he was allegedly 4 years old and told his mom that the pill-box hat she was wearing, made her look like a poodle.

Ok, enough about Cowell.  It’s taking away my appetite.