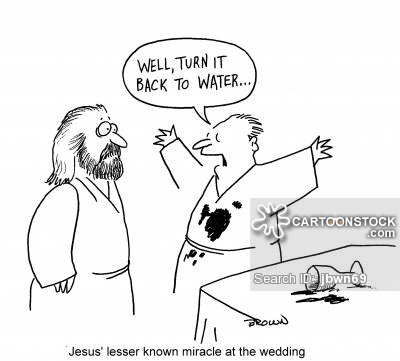 For the first 40 years of my life, I thought I was Jesus Christ.

Has your draw dropped yet?

No, I’m not insane or psychotic and I don’t mean literally  but, I am extremely sensitive, a people pleaser (though you might not know it from by blog pieces), overly emotional, sentimental and, my dad’s favourite phrase was “Jesus Christ” to pretty much everything I was about to say.

I can remember sitting at a drive-in theatre on a Saturday night, my father in the front seat with my mom beside him and my brother and myself in the back seat.  It was the one treat a month that they could afford to take us to.  That’s about the only time that my father would put up with even hearing Elvis Presley’s voice.

“Jesus Christ,” he’d say, sighing deeply in disgust and throwing his head back.  “I feel another song coming on!  This guy doesn’t act.  He’s going to sing his way through every god-damned one of his movies.”

I used to think my father must have been a tremendously religious man because his second favourite phrase was “god-dammit”.

My brother and I would be already dressed in our pyjamas so that when we’d fall asleep, which usually happened part way through the second movie for the week, my father could carry us into the house and plop us into bed.  The featured movies were never his thing but, the second movie played each time, was for him usually, being a Western of some kind.  Ask me how we slept through gun fights at the O.K. Corral and I couldn’t tell you.  However, I do remember being upset at seeing all of the fighting.  I hated Westerns with a passion and still do but, I remember waking up for part of one movie where even my mother had fallen asleep, only to see a scene where horses were dropping with their riders and laying there.  I began to cry.

“What is your problem?” my father asked, turning around to see me sobbing heavily.

“They killed the horses!” I screeched with pure horror, finally letting it out.

There was complete silence as my dad shook his head in total disbelief while I continued to cry, unable to catch my breath.

“Jesus Christ.  A hundred men have been shot and are laying dead but, you’re crying because one horse is laying there?” he asked, seemingly frustrated with me.

“Yeeesssss,” I blurted out, blubbering even harder.

I don’t remember the full explanation verbatim but, I do remember him trying to explain to me that they were “trick horses” and had been trained to fall over like that and stay laying down, just as the men who were actors were doing.  Somehow, I could understand that men were just acting but, I couldn’t fathom the horses having that kind of training and couldn’t stop crying.  Of course, my father’s movie was ruined so, he started up the car and drove off the lot with me still on my knees, looking behind me at the screen to see yet another horse fall over.  It took me until half way home before I finally settled down enough to stop the heavy crying to simple sniffling the rest of the way home.  It took him over 3 weeks to convince me that it was all just “acting, stunts and training”.  It also took a whole pack of bologne for my father to train our dog to drop, lay down and roll over when he’d point his finger at Sam and say, “bang”.  Sam, the black lab was really fast at learning his trick.

As time went on and I got older, I was still extremely sensitive and emotional.  Just about anything would set me off into an emotional state.  While I was better at hiding it, my dad always knew when I’d gone over that emotional cliff.

“Jesus Christ!” he’d say. “Are you going to go through this again?  Why can’t you let it drop?”

I don’t know why I couldn’t let whatever it was go and apparently, it registered on my face no matter how hard I tried to not show it.

“Grow a thicker skin,” my mother would say, also fed up with my heightened sense of sympathy and empathy for so much and so many people and animals.  “This is life.  This is what happens in it and you’re never going to survive unless you learn to toughen up.”

Grow a thicker skin and toughen up.  Hmmmm.

Try as I might, I couldn’t simply “toughen up” and always wondered what the hell she meant by “grow a thicker skin”.

It wasn’t until more recently that I had run myself ragged, trying to help everyone I could help that something snapped in me and I realized that something had to change.  A friend of mine was joking around about how much I’d done for her.  Inadvertently, she let the reality of things out of the bag.

“Ha!” she said, while I reeled on about my upset at a family member for having done the things she’d done to me in spite of me having nearly stood on my head for her.  “Everyone knows that all we have to do is to show you a few tears or tell you a sob story and you’ll turn the 4 corners of the earth inside out.”

There it was.  There was another “Jesus Christ moment” coming from someone else’s mouth other than my father’s but, it was also one of the most awakening moments I’ve had.  I had thin skin and everyone else knew it, including my own daughter who had twisted me into a pretzel, trying to please and take care of her needs and was trying it yet again.

My husband has long since grown tired of me screaming, “stop the car” as I’ve leapt out of the vehicle before he could stop it fully, in order to help someone on the sidewalk or side of the road where dozens of other people surrounding them, had been ignoring the person in trouble.  He’s sighed in disbelief as I’ve spotted a look on someone’s face that told me the person was distraught and leaped in, head first to asking them if they were ok then, proceeded in helping them out no matter what it took to do it.  One day, my broad ability to spot troubled people took the form of an all day stint, keeping an elderly man with dementia occupied while an already over-burdened police department tried to get officers dispatched to take over.  The man had been missing for an entire day, leaving behind a deeply upset and worried wife and daughter.  All that I could think of was that had he been my father, grandfather or elderly husband, how would I want someone to take care of him? I did what I felt was appropriate, buying him lunch and engaging him in a conversation until police and paramedics arrived several hours later.  Of course, my partner in crime, my husband, simply goes along with me now because he knows that I’m the way that I am and am not going to give up on helping others.  I can’t.  I haven’t grown that thicker skin that my mother talked about when I was younger.

I am getting better with this now.  I’m using my head more than my emotions.  Most of that lesson though, has had to come from a series of kicks in the rear end through helping.  As my grandmother used to try to tell me, “the road to hell is paved with good intentions”.  How true that saying is.  I’ve been kicked and punched while trying to help.  I’ve lost favourite sweaters by covering someone with mine.  People have dumped everything on me from their woes and troubles to things that they simply don’t want to do themselves.  I’ve been walked away from and left like a used dish rag (quite literally) and I’ve known that people have wiped their feet on me while walking off into the sunset after having gotten what they needed and wanted from me, never hearing from them again.  I now recognize that people are out to look after Number One…themselves so, I help less than I used to.  I can also see where I’m taking on things that are not mine to deal with and am being used and abused.  That’s where I’m drawing a line and stopping in my tracks, much to my husband’s delight and relief.

My father died at the age of 65 with advanced bladder cancer.  My mother died at the age of 54 with a malignant and rare form of brain tumour.  My brother died in 2011 at the age of 53 after a fall at work where he suffered irreversible and massive brain injuries.  I miss them all terribly and I will likely never be over their losses.  That much, I think is understandable for most people.  However, while part of me left with all 3 of them, I am still here and still learning to grown that thicker skin.  More than anything, I have learned that I am not Jesus Christ and cannot heal the masses.  I am an ordinary human being who is what is considered to be “a highly sensitive person”.  I will likely always be extremely empathetic as well.  However, god-dammit…even Jesus had temper tantrums and upturned tables at times.  I am due for some of that.

I may be overly emotional still.  I may not have grown a thick enough skin even to this day.  People may still be saying “Jesus Christ” in a disbelieving way when I leap in with both feet but, I would much rather be this way at times than those who would pass by a person in need like a robot on course who will not feel enough to even contemplate stopping to help someone in trouble.  I’d much rather be the person I am even if I do have to turn down the volume on caring a bit more to save my own sanity as I am getting older now too.

From my little corner of life, I’d rather be a Jesus Christ with a thinner skin than an unfeeling robot.  That’s just me though and I’m not likely to fully change anytime soon.

2 thoughts on “Jesus Christ I’m Not A Robot!”