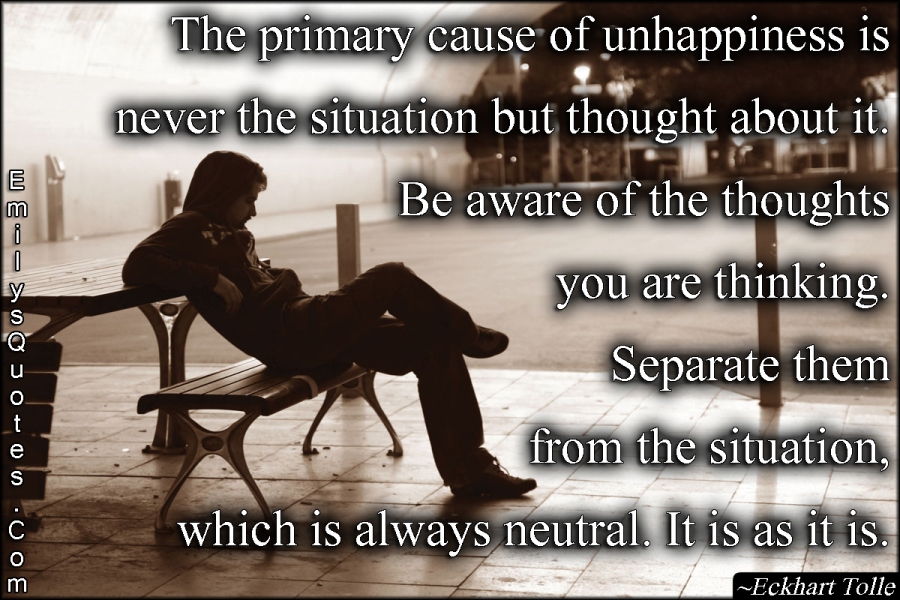 As adults, we’ve become trained as well as training ourselves, into believing that we are responsible for all that happens in our lives and if we are parents, in our children’s or even spouse’s lives.  That means that we often place the burdens of making everyone happy and taking everyone’s happiness, well-being and other needs onto our own shoulders.

We’ve also learned that “bad things” can happen and often do.  We listen to the news every night which is geared towards only the catastrophic, death, war, politics and we are seeing loved ones, friends and others we cared about, dying.  We have lost that innocence that we possessed as children where the world is magical and besides a scraped knee or a fight with a friend (which usually lasts a whole day or two before playing again with one another), we don’t know that the world can be a hard, cold and harsh place.

If you have been reading my series on being happy, in Part II, I talked briefly about children, our childhoods and generally, most of us were fairly happy.  We found wonder and magic in practically everything that we did.  Of course, there are exceptions to that rule in families that were dysfunctional and children were fearful of every day and what it would bring.  On the whole though, as children, most children are happier than adults for some fairly simple reasons, the least of which is that our brains haven’t been trained or formed enough yet to see that life and this world can be a harsh place to be.

I’m not a neuroscientist nor, do I understand the mechanics of the human psyche or brain.  What I do know is that the way that we think is what affects our moods.  We cannot have an emotion, without having a thought.

Let’s take the example of a husband and wife coming home from work.  Both have put in full days so, they agree that making dinner shouldn’t be left up to one or the other but, should be done together.  There’s equal responsibility happening in this case and dinner is put onto the table.  The husband sits down, looking at what he sees and feels is a delicious looking meal to be eaten with his wife.  His feelings are those of joy and happiness.  The wife, on the other hand, sees the same dinner table, same food yet her feelings are anything but happy or joyful.  As a matter of fact, she has a knot in the pit of her stomach.

They are both facing the same table, same home, same meal, both did the work and both will clean up afterwards.  There’s seemingly no difference, is there?  However, there’s a difference in their feelings.  Why?  What is it that makes two people, facing the exact same situation and circumstances, same responsibilities, feel so differently?  And, no…it’s not because men are from Mars.

The difference is their thoughts.

Wife is thinking these thoughts:

Two people with extremes in thinking.  That’s the only difference between the shared experience with one feeling joy and happiness and the other, feeling like they’re having a panic attack.

Happiness is a complex emotion and involves many different mechanisms.  Women cannot think like men necessarily as women have hormones and all sorts of brain wirings (again, I’m not a neurologist or scientist) that men don’t.  Women can be thinking 20 thoughts at once while men are really only focusing on the task at hand for the most part.  That’s not to say that men don’t worry or can’t become obsessive over things too but, it’s to say that the thinking patterns in men and women are different therefore, what a man finds as happiness, a woman may not.  A lot of that will have to do with a difference in thinking patterns and thoughts.  We also can’t include people who have a true mental/emotional disorder or brain chemical imbalance in this but, by and large, most who can’t find happiness, are searching for it when much like The Wizard of Oz, the answer was right there all along, under their noses.  Their thinking patterns.

Change a thought and you change the emotion.

It’s this concept that makes a difference.  Children are generally happier because they don’t know enough to be worried, fretful, concerned, upset etc., at least not for long.  An adult has been trained to see the bad first and the good second.  A child will see almost every moment as an opportunity to find something to make them happy while an adult will usually find something in every moment to be concerned about.  That’s trained into us as we grow and our brains mature.  It’s also part of our experiences but, on the whole, adults tend to be far less happy than children because they’ve trained their thinking patterns into those of worry, fear, upset, self-belittling, catastrophes, blocking out most of the positives in life.  Life and other people teach us to think that way as we grow.  Teachers, bosses, peers, co-workers, media and so much more.  Even Facebook can make us feel like we’re losers because everyone else’s lives seem charmed when looking at their personal walls by comparison.  It’s not them who do it to us.  It’s us.  We know that no one’s lives are as perfect, joyful or seemingly wonderful as what is portrayed on Facebook yet, we still take it at face value on a subconscious basis.  Equally, or more one-dimensional, is the news where it’s filled with disasters, death, wars and creates things to fear.

More than anything, we learn as we grow to become “responsible” and we long since have given up on things that used to make us happy.  We can’t find the time any longer for such trivial things.

We have “too much to do and take care of,” we reason within ourselves. “There’s no time for laying back in the grass, relaxing, watching the clouds and I’d break bones if I rolled down a hill now.  Did I put sunscreen on?  I don’t want skin cancer!”

If you doubt what is being said here, take the time for the next day or two to make a list of the thoughts that run through your mind.  Don’t edit them.  Just write them out.  I’m going to be doing the same thing and, we’ll regather to see if we can see patterns, ok?

In the meanwhile, stay tuned for Part IV on being happy.  It’s coming.

One thought on “Happiness Part III: Can Our Thoughts Create Un-Happiness?”