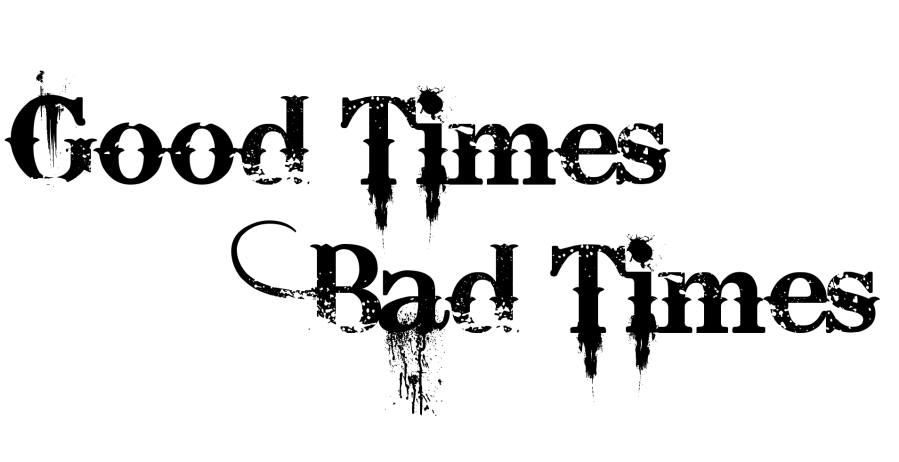 No matter what we do or don’t do, Life is going to hand us some to many things that we don’t want to happen.  We’ll even hate what is happening with a lot of these things.  Unfortunately, Life is not one smooth path of never-ending blissful events, happenings or feelings.  There’s pain, hurt, dread, fear, sorrow and worry mixed in with the good.  Whether or not it’s proportional or not, is anyone’s guess.  Some seem to lead what one would call “charmed lives” by comparison to other’s lives.  Why that is, can have as many variables as the sky has stars or, it may simply be, just because it is the way that it is.

There’s nothing to do about it all really.  People we love are going to leave us, die, run away from our company or any other reason you can imagine for people emptying out of our lives.  We can be the life of the party and be surrounded by people then suddenly, find ourselves alone and wonder what we did wrong for this to happen.  Pets will run away, die, become financial and otherwise, burdens versus the friendships that we thought we’d have.  There’s a plethora of examples to give but, it’s likely that you have the gist of what I’m trying to say here.

Most of the time, none of it is our fault.  We didn’t wish it to happen, cause it nor, did we bring it on.  It simply happened as it did.  That’s not to say that we might have brought some things onto our plates by our own choices or lack of them but, it’s to say that a lot of shit is going to be flung our way in Life simply because it’s going to get flung our way no matter what we do or don’t do, think or don’t think, feel or don’t feel.

“Ok, now you’re scaring me,” you may be saying right about now.  “You mean that I’m powerless?”

In a sense, yes, you are powerless over quite a bit in your life.

You will be rejected just because other people like others better or because your face reminds them of someone they hate.  You’re going to feel pain, sorrow, grief, loss and all sorts of negative emotions.  You’re going to struggle, fight, work hard and still end up losing the battles at times.  No one is exempt from these feelings unless of course, they are disconnected from their emotions so totally that it’s considered an emotional disorder or they’re addicts to some numbing type of substance abuse.  Even while using medication or alcohol or some other street drug, there will be sobering times when the reality of these types of events, hit us.  None of us can escape it totally.

Religions have gone to great extents in differing yet, similar ways, towards explaining these phenomenon away and, giving its members a belief in something higher than us which takes care of the bad times in one way or another.  If that helps you get through it all, stick with it.  It’s as good a method of dealing and coping as anything else out there today.  We all need something to help us wade through the crap that will amass at our feet and even up to our hips.  Unfortunately, religions cannot do it for me because I have watched my 95 year old grandmother, linger in a vegetative state for over 5 years while having wanted to die back in her late 80’s.  Meanwhile a little boy of 7 years of age, died before she did, having struggled with battling terminal lymphoma.  She lingered on with no quality of life, having lived her entire life while the little boy next door, died before she did, having lived practically none of his life except between hospital stays, treatments and “ooopppss moments” from the doctors when they screwed up somehow on something they did wrongly.  That’s me though and the way that my brain works.  Maybe, I need more faith and less analytical thinking?  Perhaps, I’d be better off if I thought and knew less?  It could be so.

What I do know is that I’ve come through or better said, survived, a lot in this Life already.  It’s too numerous to mention or list here but suffice to say that I’ve been really put through a wringer while trying to be a “good person” and help others.  If The Law of Reciprocity were to work the way that one may believe that it should, I should be one hell of a happy person with a life of beauty, friends and family surrounding me.  Sadly, that’s not the case. Yet, the bloke down the street who has climbed on everyone’s backs, used and abused people, gotten into illegal crap and never got caught, seems to be living the life of a god.  Even his entire family is still alive, well and getting together for holidays while mine have all died.  He has friends galore and if he gets rejected, he seems to move forward to fill that spot and not blink or bat an eyelash.  Is he the lucky one or does he know something that I don’t?

I don’t have the answer to that question.  I don’t think anyone truly does.  What I do know is that some people are simply lucky.  How long his luck will hold out is anyone’s guess.  Perhaps, the next illegal stunt he pulls, he’ll get caught and end his years here in prison for all that I know.  Eventually, one or all of his family has to leave this planet if he doesn’t go first.  As for all of his friends well, all that I can say is perhaps, they are all around him for what he can give them?  Maybe, they’re not true friends at all?

Or maybe, his reward is now and mine is coming?

I do know one thing.  For as long as I can remember, I’ve been complaining about the same things happening to me over and over again in one fashion or another.  Nothing ever seems to be cleared up for good.  Even when someone has died who treated me badly and I endured it, there were repercussions after these people’s passings from them.  It’s like crap from beyond the grave.

All of this is sounding like a huge whine fest with a pity party on the side, I know.  That’s not the purpose of this piece though.  There’s a lot more to what has been happening that I’ll likely never understand in this lifetime or while in this state of being.  What I do know is that all of it has taught me more than I thought I could possibly know and it’s also toughened me to a lot that I might still be soft with had it not all happened.  In other words, it’s made me the person that I am right now.  Good, bad or indifferent, I have a sense that I’m being put under a challenge for a reason.  What that reason is, I would love to share with you all but, I can’t as I haven’t figured it out yet.

Perhaps, all that goes wrong in Life is meant to teach us to be stronger, more compassionate with others or, maybe we simply haven’t learned what we’re supposed to learn yet?  It’s been said that we get nudges towards certain things and ways.  If we don’t follow those hints, we’ll get shoved.  If we still don’t get it and learn, we’ll get knocked over.  I may be a slow learner.

One thing that I do know is that my husband also faces the same situations a lot of the time with me.  I’m not alone and yet, even though we both tackle the same issues, he takes it all in stride and lives for today.  I, on the other hand, worry, fret, stew, seek out answers, solutions, and try to figure my way out of the messes I am put into.  He sleeps, I pace.  He eats, I don’t want to look at food.  He watches tv or goes for a run while I sit endlessly, writing out lists or doing what I can about the situations that arise.  Perhaps, it’s because he knows that I will worry about it that he is free to do what he pleases and just live?  I’m also not sure on that either and neither is he…or, at least, not that he will admit to me anyway.

What do you do during the hard times?  How do you cope?  What gets you through?  Please share your thoughts.  This is a thinking piece for you, the reader.

From my little corner of life to yours,

Be well, Love and Light