Have you ever looked back at old journals and realized that you were saying the same things then that you are now but, had felt that it was all new revelations? 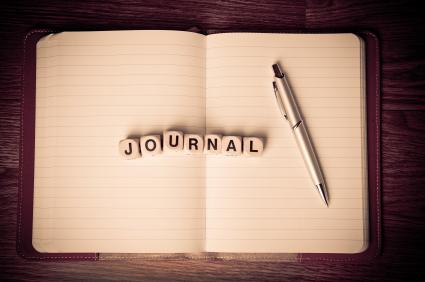 I was recently going through stacks of old journals that I had kept, about to write in the latest one and get rid of the older versions when the realization that I had said it all before, crept in.  Actually, nothing I was saying was new.  It was all still the same feelings, same stuff with perhaps, a tad bit more sophistication as to previous years entries.

I don’t know about you or even if you journal.  Maybe, you’re a computer who stores memories in files somewhere in your mind and don’t feel the need to write out anything?   Perhaps, you use a journal as a method of chronicling your day to day activities with no feelings attached?  However, if you’re like me, you likely have notebooks full of ramblings, rants and tear stained pages filled with memories, thoughts, feelings and even hopes.

As I read through (meaning skimmed it all), I realized that not only was there nothing new that I was going to write into one of these things but, the emotions hadn’t changed towards the situations either.  In other words, I wasn’t about to say anything new.  I was still stuck in the same places and ways that I was 20 years ago or more yet, it all felt like I had come to some sort of revolutionary way of thinking.  I hadn’t and as a matter of fact, it was like time had stood still for me and my life.

The bottom line to all of this was a moment of recognition where I realized that while I had made what I had considered as revelations and determination, I literally was standing in the same spots, stuck in some sort of cement or as though someone had glued my feet to the same spot.  In actuality, I hadn’t really moved at all except to go full circle back to the same or beginning spot.  I re-piled the journals and walked away with a sense of only one entry that was needed to be written.

It was then that I wondered how it is that we can live 10, 20 or even 40 years of our lives and feel that we’re moving forward, only to discover that not only were we fooling ourselves but, we hadn’t progressed at all?

The real reason was a lack of ACTION.

I had realized a lot.  It’s not as though I hadn’t learned anything as much as it was that I hadn’t acted upon what I’d learned and taken steps towards a forward movement.  I was standing still, same spot, same issues and still feeling emotions towards it all because I hadn’t taken a stance nor, had I tried to move away from those feelings.  In other words, I’d had the revelation but, I hadn’t acted upon it.  I’d been satisfied with having a recognition of the problem but, not done anything to change the future of it all happening again.  Happen again, it did, again and again and again.  Was it little wonder that it kept happening?

Two cups of tea later, I had the gist of where I am going wrong.

Have you ever heard the term that history is repeating itself or, the idea that we’re going to repeat the same mistakes until we learn our lesson?  Well, yup that’s what I was doing.   I have been watching history repeat itself and not learning in spite of wisdom that I’ve gained.  The reason being that I wasn’t doing a thing to change the outcomes of situations.  I was moaning and groaning about it all into a journal, closing the covers then, smugly carrying on in the same ways.  Nothing was being done to change the outcomes or me.  It was here that I was failing and the reason why things kept going wrong in my life.

Realizing where your problem lays is not enough but, acting upon those recognitions are where we truly make a difference.

It’s like going to a doctor and the doctor says, “the problem is that you have strept throat and need an antibiotic,” then giving you a prescription to treat it.  You know what the cause is, you’ve done diligence is finding that much out by seeing the doctor however, you fail to take the antibiotic that could treat it.

You may feel that you know now what it is and how it’s treated but, failing to take the prescribed “cure” isn’t going to do a thing for you, is it?

It’s only when you make forward movement and actually fill and take the prescribed meds that you can feel better, right?

Life is like that as well.  You can know all that you want but, unless you are willing to make a change and do what can be done about something, you’re going to keep filling journals full of realizations that are repeated over and over again in differing ways.  You actually have to act upon what you can do something about and toss away what you can’t change or, at the least, learn to live with it while moving forwards with other things that you can move ahead with.

Is my case hopeless?

A friend kept asking me if I felt that her situation was hopeless.  After all, she couldn’t make her husband love her or treat her the way that she wanted him to.  In reality, he was abusing her both physically and mentally as well as emotionally.

After several dozen counselling sessions and two therapists later, she was told that he (the husband) needed personal counselling, it wasn’t her fault, he had a mental health issue that would require his willingness to go for therapy on his own first then, they could possibly work on the marriage.  Until he got that help though, it was rather hopeless.  Of course, he wasn’t willing to go for help that may have held some hope for the 2 of them.  Instead, she hung onto hope that he’d eventually change his mind and go for help.  Some 20 years later when there was nothing left of her, she was tired and wanted out of the marriage and away from him but, didn’t know how.  She had lost her will to make changes.  Frankly, I doubted that she was either capable or truly wanting to change.  She had grown accustomed to the abuse and her self-esteem had taken a sharp nose-dive into the dirt.

As her luck would have it, I spent day and night, coming up with ideas on how she could leave him, deal with things financially as well as emotionally.  I got her to get herself back into counselling and within 6 months, she was out of the home and marriage.  They are now divorced but, she’s seeing a man who is as abusive as the one she had left.  In essence, she had leapt from frying pan to frying pan.  Her lessons had obviously not been learned and while she did take action, the outcome hadn’t changed much.  She would simply be beaten and verbally assaulted by someone else.

Suffice it to say that in spite of all of the paper and ink that I had wasted in writing all of my troubles out and into these journals, that’s about all that I had done.  I was no better off for it all, just as the friend above’s situation.

From my little corner of life to yours, I know where I am falling down and why.  I keep tripping over the same things time and time again though.  I need to take action now and take steps.  It’s much like the antibiotic for Strept throat or the friend’s case above.  It’s not enough for me to know where the problem lays.  That’s only half of the equation.  I need to take steps to move out off of the ground and propel myself forward.  I hope that you’re going to take a step if you have an issue (we all have them) and make the outcome different.  Don’t just pile it into journals that gather dust without making a change.