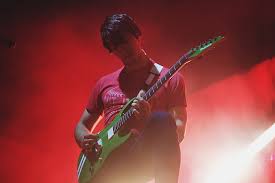 I knew someone who told me what they wanted to be.

Person:  I want to be a Rock Star

Me:  Oh..do you play an instrument or sing?

Me:  Isn’t being able to do one of those things considered an asset to becoming one?

This person wasn’t exactly a child when it was said.

The largest accomplishment this person has had?

Being able to say all of that while keeping a straight face.

More than anything, let’s emphasize that this person followed this up by rhyming off that they wanted to be an “astronaut”, a “massage therapist” and several other examples of things that were all said with a straight face while being on unemployment insurance.

It’s not as though I don’t have a sense of humour.  I really do.  I can do sarcastic humour with the best of them but, the truth behind this is that this person had no skills which would get them a better job than they’d been laid off from.  Worse than that, while it’s considered healthy to be able to laugh at oneself or circumstances, this person wasn’t trying to better themselves in any way.

There was zero ambition to better their life.  End of story.  It was a “live the best that you can on other people’s hard work” type of attitude and that was no joke or laughing matter to many people.  Nevermind the fact that they’d uttered some rather “lofty” ambitions with a straight face.

I did chuckle to myself at first.  I thought it was hilarious that someone with so little training of any kind could even think of being something that others would kill to have but, that this person had no drive towards getting any further skills to get a position of any kind, anywhere.  That, in and of itself, wasn’t funny, humorous or even the slightest bit comical.  What it was (and still is to the best of my knowledge) is both laziness as well as stupidity at its best and frankly, it showed.

The fact that this person wasn’t personable, had some fairly out-there ideas of how their life would or should go or shouldn’t and to do it with only the goal of getting themselves through a meal and a gallon of fluids as well as several joints or drugs, tells everyone willing to see that there is a problem.  Houston, we have a problem here.

To top it all off, this person also tended to question anyone in a place of being above them.  That meant certain danger right there to not only themselves but, to anyone who was shall we say, gullible enough (we’ll leave it there for now) as being part of this person’s life on a daily or regular basis or, pay half or more of this person’s bills.

While I’d love to say that all is or was well, it’s not.  Not by a long-shot.  This person is getting “long in the tooth” and things within that person aren’t changing and seemingly, haven’t changed much.  There are still the facts that this person lives what someone else would have named, “a frat life” with only getting their “medicine” *cough, cough…aka, street drugs*, going to concerts and eating their weight in groceries and imbibing a lake’s worth of liquids while sweating out a lake of perspiration, wearing faded and too small clothing, not dressing accordingly to the situation or other’s and insulting everyone who would still put up with this person.

What’s even more frightening is that there is someone else who is with this person and will likely eventually, find themselves seeing what I and others have seen.  There are price tags for every choice and decision.  Sadly, this may come to light far too late as this person is also getting long in the tooth so to speak.  Then, again, there’s always the possibility that who I thought was intelligent, may, in fact, be being stupid.  Who am I to say?

What are YOUR thoughts?  Leave them below.

Live and let live I guess.